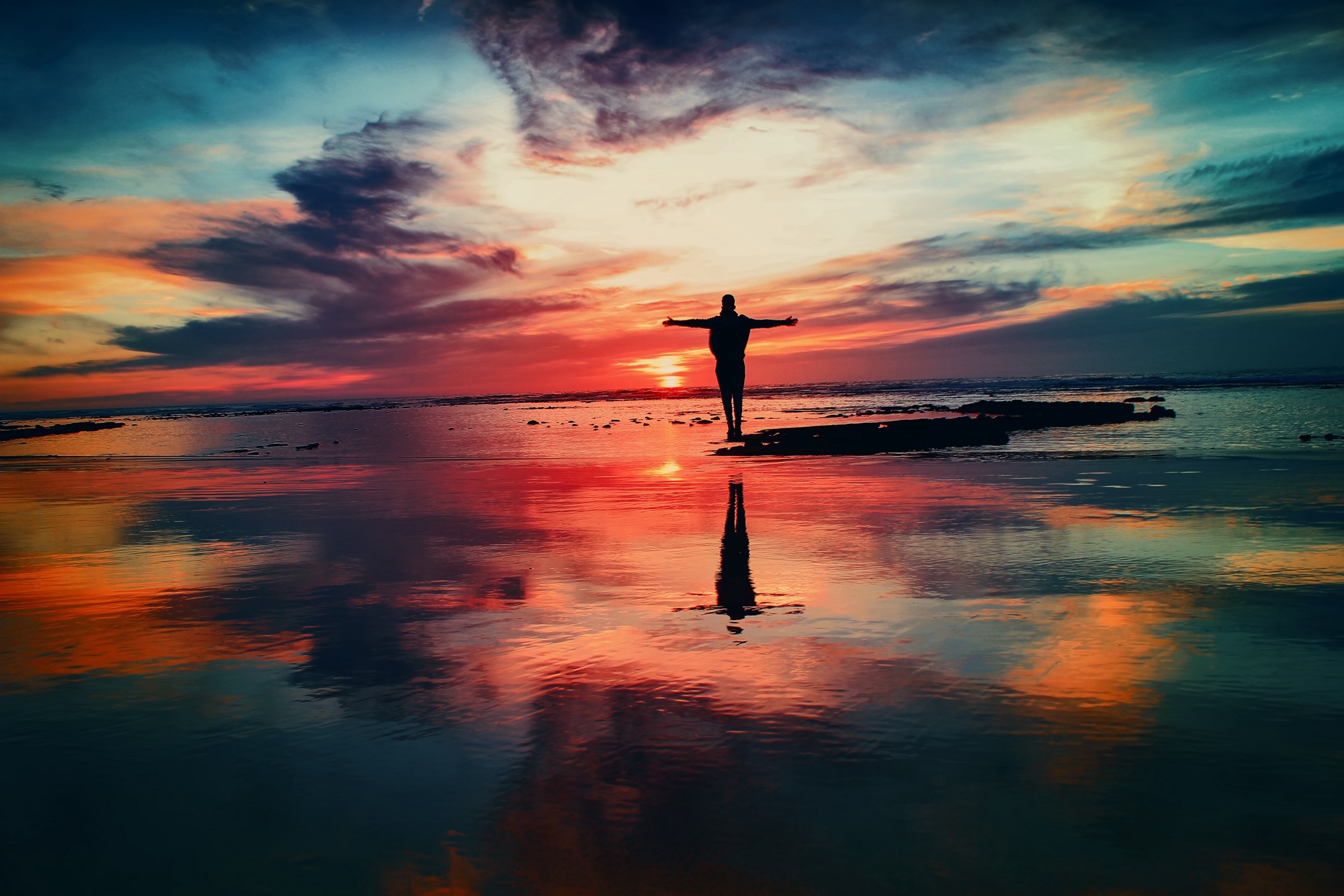 Imagine if paying for content had been built into the web from day one.

A few days ago, Julien Genestoux wrote an introduction to Unlock: a decentralized, permission-less protocol that allows anyone to sell access to their work. It’s a great high-level introduction to our philosophy and approach. Hopefully, it also explains why Unlock is such a radical idea; something that has never been built on the web before. If you haven’t read it, it’s a great place to start.

In this post, we’ll bring it down to earth. Now that we’ve explored the implications of an open protocol for payments — what can you do with Unlock?

Here are just a few examples.

As publishers move away from advertising-based business models, they’re increasingly looking to replace ads with direct revenue. Paywalls are the most common way to do this. 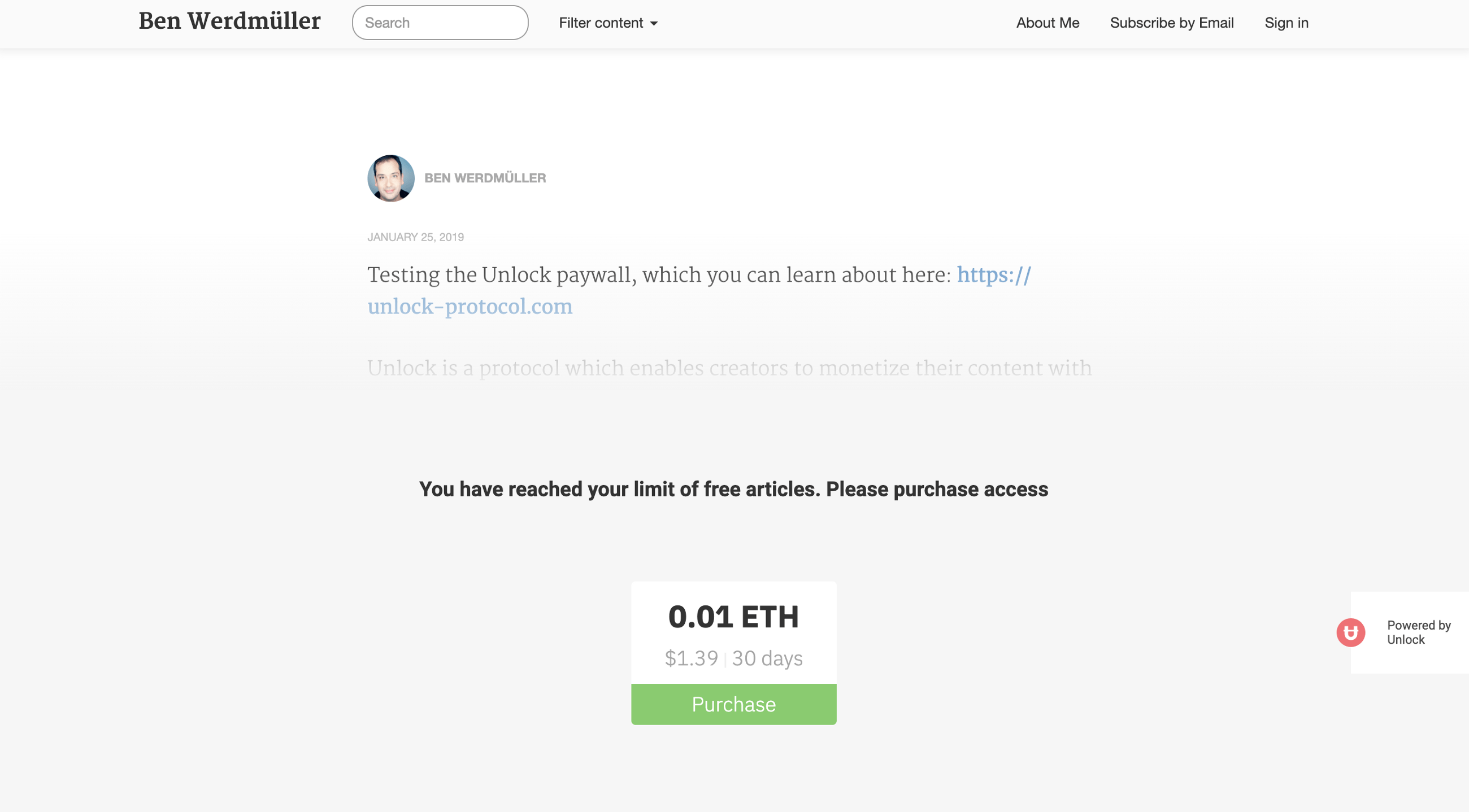 Let’s say you’re a writer who publishes on your own site, independently. Most of your content is free, but some of your content is so valuable to a particular group of people — maybe you analyze the tech industry, or you’ve got a unique insight into the future of journalism — that you know some people will pay for it. By adding a hard paywall, you give your readers a small preview of that content, but require them to pay to access the whole thing.

Or, you’re the largest newspapers in the world. Newsrooms across the world, from the New York Times to Die Zeit, use paywalls to meter access to their content and drive membership revenue. You could set up a hard paywall and require payment for all content — or you could require payment after a user has read four or five articles.

As a publisher, you could negotiate with a paywall solutions provider, or work with a payments processor. The process could take months and cost you tens of thousands of dollars. In contrast, Unlock doesn’t require you to ask anyone for permission, and you can start taking payments on your content in just a handful of minutes.

This is the first application we’ve built using Unlock. It’s live right now. In fact, if you have Metamask installed, you can try it yourself on Julien’s site, and on my own. In both cases, we’ll double any money spent and donate it to she256.

Let’s say you’re running a local newsroom. You produce journalism in the public interest, so you don’t want to lock your content away with a paywall — but you want to give your readers who can afford it the opportunity to support you. To be clear, you need that support.

Instead of a paywall, you place a patronage ribbon on your site. Visitors with the means can support you — and you can display their names (if they want). With this kind of patronage, you get revenue, and your supporters are publicly recognized in their community for having supported an important resource. It’s win-win.

Just as with the paywall, there’s no need to sign up for an account somewhere, or wait to be approved for a patronage service that will take a hefty cut. You can build this level of community reward right into your website, either by embedding a patronage widget from us or another host, or by integrating directly with the protocol using your own code.

This model has worked well for the Guardian and Wikipedia, among others, and Unlock makes it available to everyone. We’ll be releasing our patronage widget soon, but anyone can build one on top of the Unlock protocol today.

Unlock isn’t just for content. The same principle that makes a paywall work can be used for software licensing. As an independent developer, I can allow you to unlock a license for my application in just one click, without having to depend on a centralized provider — or giving them a giant 30% cut. Because Unlock is a permission-less, decentralized protocol, developers get to keep 100% of the price of a license, and there’s no approval or banning process.

Unlock allows you to experiment with revenue models. Maybe licenses or subscriptions aren’t right for you —every business is different. You could use patronage to allow your community to support development. Developers could choose to automatically embed the names of supporters on their websites or GitHub pages.

Most importantly, you don’t need to fit someone else’s service into your software user experience. You can use the Unlock protocol to built a licensing or support system that fits right into what you’ve already built.

Selling tickets to your hot event

Imagine you’re running an arts event in your town. You want to take home 100% of the ticket price, but you also want to customize the ticket buying process: the standard form just isn’t going to cut it. It’s got to be unique to you — and it’s got to capture exactly the information you need to give the attendee a personalized experience.

You’re in luck. Just as Unlock isn’t just for content, it’s not just for access to the digital world, either.

Unlock can be used to sell tickets to real-world events. Attendees purchase “keys” to attend, from the event’s own website — and then show up with a QR code representing the key at the event itself. (Who knew QR codes would come in handy after all?) Event hosts can check people in using a very similar mechanism to other event services.

Most importantly, because Unlock is an open protocol, you don’t need to use our event app. Anyone can write an event service or app on top of the protocol. That means each kind of event, or each event owner, can run their own code (and capture attendee data) that best suits their context.

Finally, Unlock can be used to create premium newsletters. Email is a decentralized open standard, so paid newsletters should be too. Best of all, mailing list owners can continue to use the email service of their choice.

The result is that paid newsletters can use an ecosystem of different apps and services, rather than squeeze themselves into a one-size-fits-all model.

The beauty of Unlock is that you can think of our initial apps as proofs of concept. The only limit is what you can build: the open protocol will be there for you. And if you just want a friction-less service that works really well, with the bare minimum of setup and technical integration, we’ll provide a great suite of apps which meets that need.

We’re always interested in hearing from you. If you have questions or comments, reach out to us at [email protected].