The most exciting aspects of Ethereum is its composability. For example, locks can use stable coins such as DAI or USDc for their pricing. These coins are both using the ERC20 token standard. Today we're showing how we leverage another characteristic of the ERC20 specification to make recurring memberships.

Locks have a pretty simple mechanism to "purchase" memberships, which has one handy characteristic: the sender of the transaction can specify the recipient of the membership. It means that someone can buy a key (membership) for themselves or, for someone else. We already use this mechanism for our credit card support, for example.

We created a new contract, called the Key Purchaser, whose sole purpose is to purchase keys to a specific lock. This contract enables recurring memberships!

How does it work?

A Key Purchaser was deployed at this address: 0xa1c718312fd0.... This Key Purchaser allows for a maximum price of 1 DAI (in other words, all renewals would fail if the price was increased). The Key Purchaser enables for renewals every 20 hours (72000 seconds) and would only succeed if it was mined at most 1 hour (3600 seconds) before the expiration of a previous key. Finally, there is a reward of 0.1 DAI for the address which sent the transaction.

A user approved the key purchaser to spend up to 10 DAI to cover multiple renewals.

Another user then sent a transaction to the key purchaser to perform the actual purchase. The Etherscan UI provides a good understanding of what happened. 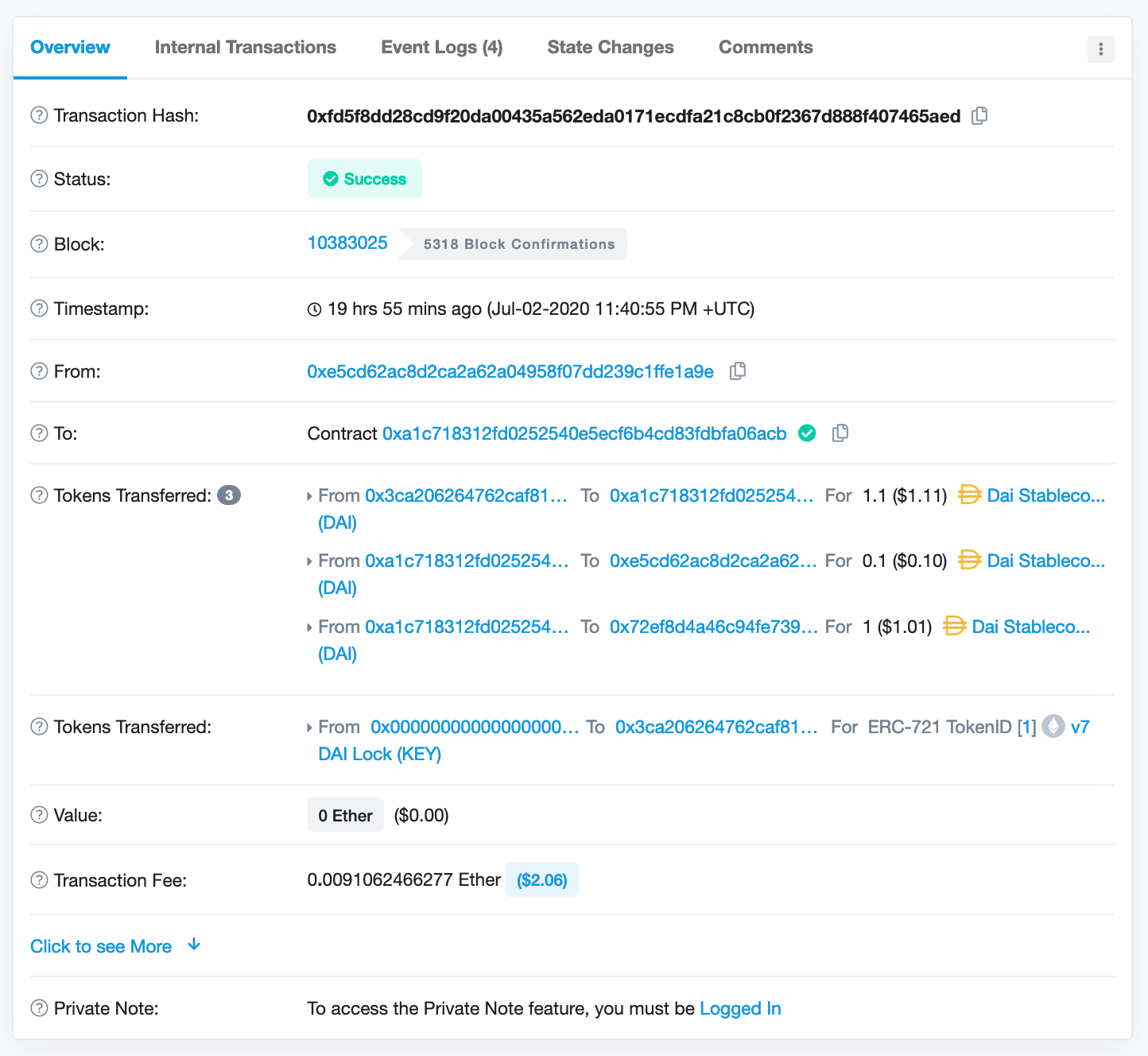 Easter egg: The membership has now expired, which means it can be renewed… and there is a 0.1 DAI reward to whoever sends it!

Another next step is to update our paywall application to support recurring memberships.

You can read more about the key purchaser contract in our documentation.