Everyone who used Unlock before September 1st can join our DAO!

Last week, we introduced the Unlock DAO where anyone can contribute proposals and vote on these in order to collectively govern the protocol and its treasury. Today, we're excited to announce that we're going one step further by doing a retro-active airdrop: anyone who has contributed to Unlock before September 1st 2021 is eligible to receive some ɄDT.

We expect to distribute up to 7,314 ɄDT! Claim your tokens now at https://airdrop.unlock-protocol.com/ 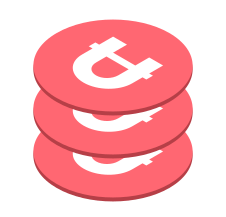 The protocol already mints and distributes new tokens for every eligible key purchase. This very important mechanims lets us make sure that developers, creators and members who participate in the network's growth get a say in its governance.

However, we introduced the tokens after months of having the protocol functional because we focused on building utility first. Today, we want to acknowledge these early contributions by allowing all of these users to claim some tokens to join our governance.

We applied the following rules:

We capped the amount of ɄDT that any address can claim to 10 ɄDT!

One of the most critical aspect of a successful DAO is participation. For this reason, we have decided to alter Uniswap's merkle-distributor contract, to require eligible addresses to delegate their tokens in order to claim them.

Our goal here is to make sure that all new tokens claimed are accounted for when it comes to governance. Additionally, since delegation applies to all of the tokens owned by an address, we expect that a large portion of the existing token holders will achieve delegation in order to claim additional tokens!

In order to ease the process, we identified a few members of our community who are willing to be delegates:

Of course, you can very well pick any other address, but please, remember that it's very important for that delegate you chose to vote on proposals made by the community!

Finally, in order to make sure that tokens available for the airdrop are not wasted, we added a clean-up mechanism. This mechanism can be triggered by anyone after 1,000,000 blocks have been mined from the moment the airdrop contract has been deployed. We expect this to be around 150 days, or around March 4th 2022!

At that point, all of the remaining tokens that have not been claimed will be transfered to the DAO, through the timelock contract, for the community to use as they want, along with the rest of the treasury.

What's next? Delegate and claim your tokens now!